The third of our important partial differential operations is taking the curl of a vector field.  This produces another vector.

The curl of the vector field

We are only going to be concerned with the curl of a two-dimensional vector field in the horizontal plane in this class.  One important example is the curl of the horizontal velocity which is the definition of vorticity, commonly written as

).  Since the z-component is zero in this case, we see that the vorticity only has a vertical component. 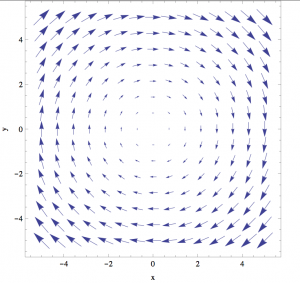 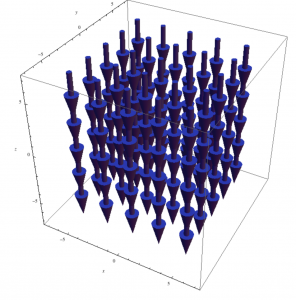