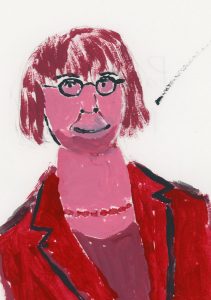 Patty Murray is the first womxn Senator from Washington State; she grew up in Bothell where her father ran a five and dime store. She alongside her siblings grew up working in the store where she learned the value of a strong work ethic. When her father got severely ill with multiple sclerosis her mother stayed home to help and worked to support the family. They received aid from the Veteran’s Administration (VA) as well as food stamps to pay for the medical bills. Meanwhile, her mother was able to go back to school and with a higher education earned a better paying job. Patty Murray would go on to attend Washington State University and was an intern in a Veteran’s Administration psychiatric hospital. She earned her bachelor’s degree in physical education in 1972. She subsequently taught parenting skills at a community college while being a mother of two. In this way, her career is built upon her family values and hard work.

Patty Murray never intended to enter politics. One may think that the best senators are the ones who prepare their whole lives to enter politics, however Patty Murray actually didn’t go into the world of politics until later in life. When politicians were trying to cut a preschool program that her children attended she was belittled as “just a mom” who couldn’t make a difference. She then organized a coalition of 13,000 parents who together saved the preschool. Shortly after she was elected into the Washington State Senate in 1988.

During her time in office Patty Murray stood by womxn who were victims of sexual violence and harassment even when the President would not. President Donald Trump stated that people’s lives are shattered by mere allegation, which inadvertently dismisses survivors’ stories. Womxn have faced domestic abuse for many years and the fact that the President dismisses this, as a nonissue is devastating. Fortunately, people like Patty Murray step up and speak for those who are treated unfairly.

Murray is distinguished for her determined and down-to-earth style and is capable of connecting convoluted issues with American family life. She is also one of many who lead the resistance against President Trump’s harmful agenda such as Trumpcare and his anti-woman views. While she is not the only one who works to make Washington a better state, she demonstrates that a senator from Washington can make an important impact as a womxn who stays true to her core values of family.