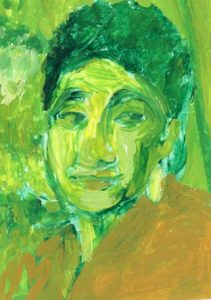 Clara Fraser was born in Los Angeles in 1923 but made Seattle her home in 1945. She moved there to help organize a new Seattle branch of the Socialist Workers Party, an organization her and her family were very involved with back in California. She found a job at Boeing on the assembly line and was heavily involved with the Boeing strike of 1948. When Boeing tried to stop the protests, she fought back even harder by organizing the womxn to bring in their babies in strollers so they could not forcibly remove them. Doing this got Fraser fired from her position at Boeing. After this, she began focusing her attention on social justice issues prevalent in Seattle. She was incredibly passionate about workers and womxn’s rights as well as fighting against the segregation that was present in the area at the time.

In 1966 Seattle left the Socialist Workers Party and with the help of Fraser, created a new organization called the Freedom Socialist Party. Still wanting to create a way for womxn to have access to more opportunities, Fraser and Gloria Martin co-founded Radical Women. This is an organization that is founded on the principles of getting women involved in the community and is still active in Seattle today.

In 1973, Fraser was hired to work as an educational coordinator of the electrical trades trainee program. This program was created to train womxn to work as engineers within Seattle City Light. In the midst of creating this program, current electricians of Seattle City Light tried to push for better working conditions and when they were not heard by management in 1974, they decided to organize a 10 day walk out. Seeing this injustice as well as the unfair treatment of womxn in the clerical section of the business, Fraser convinced the womxn working in the office to also participate in the walkout in solidarity with the electricians. This protest was successful and the working conditions did improve within the company. In 1975, Fraser was laid off from this position because of what Seattle City Light claimed were budget cuts. She brought this situation to the Seattle Department of Human Rights and the director at the time, Vivian L. Caver, who found that she was actually fired for her socialist political affiliations as well as her association to the organization Radical Womxn. Knowing this, Fraser fought back by taking out a lawsuit against Seattle City Light. Since she was so prominent in different communities all around Seattle and some places in California, she had quite a bit of support helping her fight this battle. In 1981, she won the case, and was given her job back as well as awarded a large sum of money for back pay and damages. Later she wrote, “Womxn’s liberation can only be attained by a movement of radical womxn.” She herself was an incredible example of this testament.