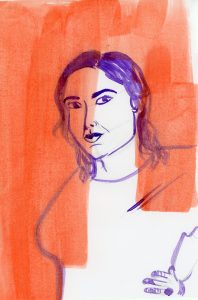 Lindy West is an American activist, writer, and a comedian. She was born on March 9th, 1982. She is traditionally from Seattle, Washington. She went to Occidental College in Los Angeles, California. She began her professional career in 2009, where she began working as the film editor for Seattle’s weekly alternative newspaper which is called The Stranger. West did relocate to Los Angeles in 2011 but she did not stop writing for The Stranger until September 2012. After her move to Los Angeles, she began to work for Jezebel as a staff writer, where she began to write about racism, fat shaming, and sexism. Her work for Jezebel got rave reviews and was published in The Daily Telegraph, New York Daily News, and GQ to name a few. In 2013, she was recognized and acknowledged when she won the Womxn’s Media Center Social Media Award which was presented to her in New York City by Jane Fonda. Then, on September 19th, 2015, she co-founded “Shout Your Abortion”. The social media campaign where people online share their experience getting an abortion without “shame, sadness or regret”. The campaign was in response to the efforts by the United States Government to defund Planned Parenthood. In 2016, she got further recognition for her book Shrill: Notes from a Loud Womxn, when she won The Stranger’s Genius Award in Literature. Later, on the 1st of July, 2017, she became the new opinion writer for The New York Times, after having written in 2016 two op-ed columns for the Times where her pieces focused on popular culture, feminism, social equality, and justice as well as body image. In her book, she explained in detail the fixation by the society on thin womxn. She critiques the popular perception in modern society that thin is more attractive. West also had this to say about fat female models, recalling that as a kid she never saw anyone remotely like herself on TV, in the movies, in video games, at the children’s theatre, or anywhere at all.