The Barekbek: To Catch a River Shrimp

As a gift to the museum from H. B. Hard, the barekbek is a model Filipino bamboo fish trap from the province of Cagayan. Its name is as self-explanatory as its function—it was a trap used for fishing. It has a nearly cylindrical shape of bamboo strips held together by strings, with two open ends, and a hollow, funneling interior. Through further research, we learned that the barekbek is “a trap that is set in rivers and streams in groups of three or five traps, and all the trap openings are positioned opposite to the currents” (ICH Courier of Asia and the Pacific). Inside the funnel of the fish trap, fisherfolk would place baits, which are often sour fermented rice balls or, in the case of our trap, bird bones. The barekbek and the bait together are used to catch river fish, shrimp, crabs, and eels. In terms of its function, the fish would enter the wider end of the fish trap, and the funnel would restrict them from escaping, so fisherfolk can just stick their arm inside to pull the animal out.

Connections to the Course

If one were to take a look at the history of the Philippines, and how the archipelago was treated throughout the nearly 400 years of colonization, one could draw some parallels to trapping and fishing. Imagine the seafood to be caught as symbolizing the diverse Filipino people facing a trap has been set, with bait to lure them in. Our class reading, “Resistance in Paradise,” detailed a promise of freedom from the Spanish regime and support of the Philippine revolt after starting it in 1896 with the Cry of Pugadlawin, here symbolized as the sour rice balls leading the Filipino people to fall right back into the trap of colonization under the new American regime.

One could also shift their view and see the bait: the hypothetical bird bones as the benefits of cooperation with Spain or the United States. We know, as detailed by John D. Blanco in his piece, “Oriental Enlightenment and the Colonial World: A Derivative Discourse?,” that some of the educated Filipinos had chosen to pass on the bait, deciding against cooperation. However, regardless of the choices of both ideologies of the educated elite — the anti-colonial ilustrados or the collaborators who were willing to work with the colonizing powers for benefits — the Philippines as a whole had fallen into a trap, and was once more under the heels of a new and different colonizing power.

Consider thinking about the barekbek in a different way, in which the fish trap itself represents the evolutions and derivations of history stretched upon multiple cultures and ethnicities. In this way, the barekbek is symbolic of the overlaps and connections with other nations. In our research on fish traps, there were fish traps of differing sizes, materials, and processes, but they all had the same goal: to catch fish. The process on how the fish are caught in the barekbek is very similar to a bottle trap, extensively used in many towns in China. This fact can be connected to a poem discussed during the course by Napoloen Lustre titled “Conditions (an unrestricted list).” Analyzing this piece, we conclude that the fact of being Filipino is varied with many shifting and overlapping identities. If the barekbek is a representation of Philippine cultures and ethnicities, then it shows how the Philippines has had so many connections and interactions with other nations that caused so much change within it, for better or for worse.

The barekbek had first caught our interest because currently, the way to catch fish is to use modern implements like fishing rods or large fish nets to catch many at once. But looking at the barekbek, this trap has its own unique way of catching fish other than using hooks and nets. It is a woven basket that is used to trap aquatic life. It was intriguing to see both how the Filipino people fished for food, compared to modernized fishing devices, but also how people in the Philippines back then were able to obtain one of their primary food sources. The barekbek connects to our own personal lives because our ancestors and family members native to the Philippines would have used such a fish trap to catch fish to eat, or sell in order to support their lives.

This fish trap merely tells us how people caught aquatic life. But also more importantly it lets us infer how they would have used the barekbek to sustain their livelihoods while resisting against colonization. It is a glimpse into how they were staying true to their methods, their own intrinsic Filipinoness in the face of the newer and supposedly better American way of fishing. Even today, as many other people switch to doing things the way Americans or Westerners do, there are still traditional villages who are still utilizing the barekbek, still utilizing the ways Filipinos have done so in the past.

Reflections on the Artifact Project and the Burke Museum

At the Burke Museum, we learned that they do not organize artifacts on the basis of ethnic origins, but rather by artifact type and function. Also, there is not a lot of representation of Filipino artifacts on display. These are significant because even though there is only so much space to display a huge number of artifacts, there is still a lack of Filipino representation even in the Burke Museum. There is still much to be told inside of the Burke and all around campus. While our class gave presentations about their own artifacts, one thing that stood out was that many of the objects sourced from the Philippines and held at the Burke Museum were given by white people — not coming from Filipino communities, but white individuals who obtained them somehow.

This experience of doing the Open Textbook Artifact Project is meaningful because it gave us an opportunity to look into a large selection of Filipino artifacts in the storage room of the museum. In addition, it allowed us to do our own research, perform an in-depth analysis of an artifact that most of us were unaware of, and learn more about our backgrounds and histories. These aspects helped us make connections to ourselves and the topics that we learned in our course. It helped us with depth how artifacts like the barekbek have resisted throughout history, through colonization, and through many changes. These artifacts are direct connections to the Philippines and the history of its people. 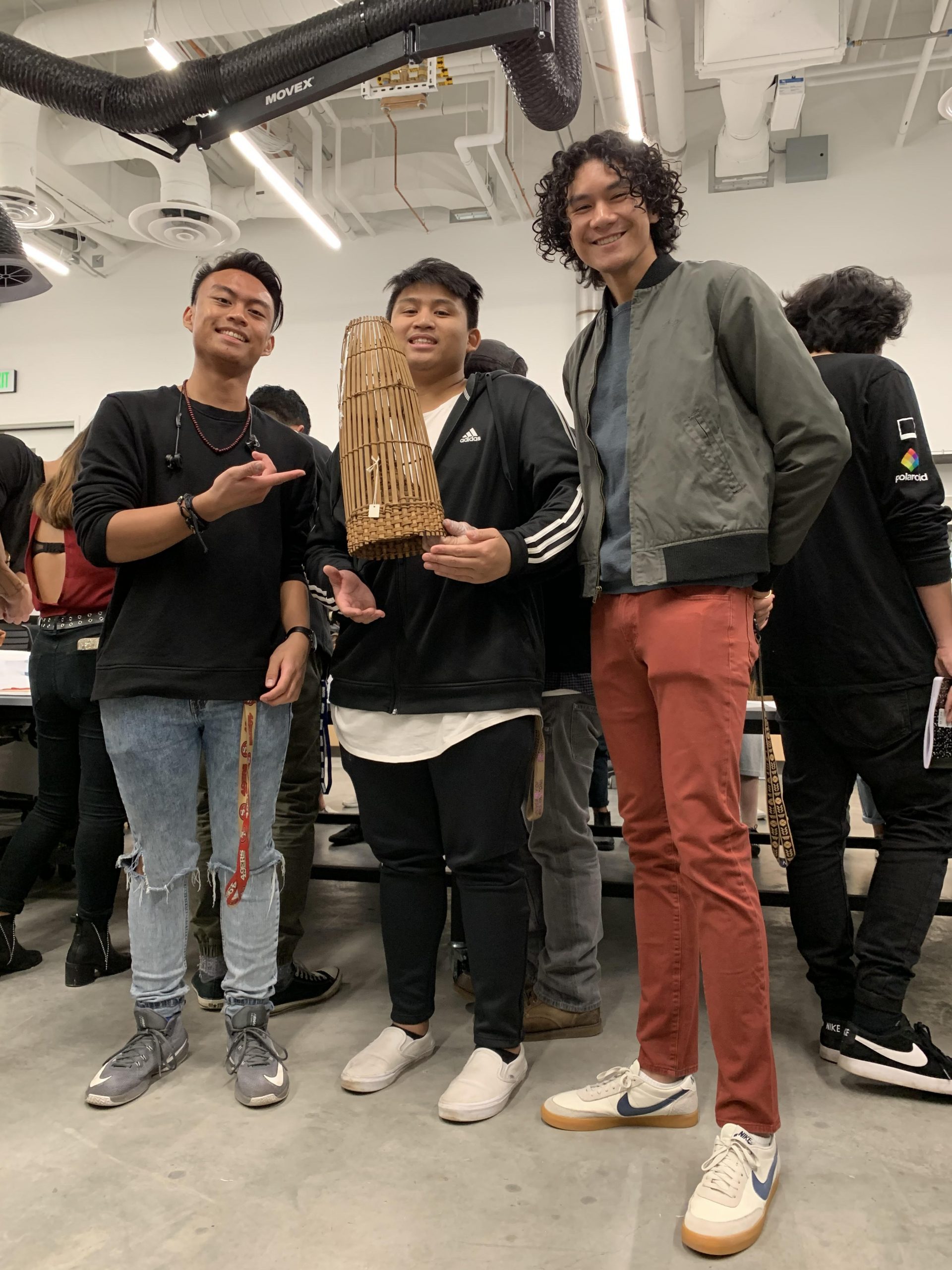 Wei, Deborah, and Rachael Kamel. Resistance in Paradise Rethinking 100 Years of U.S. Involvement in the Caribbean and the Pacific. Distributed by ERIC Clearinghouse, 1998.