The Power of Rice Healing

A special thanks to Burke Museum and Rick Bonus for this incredible opportunity!

The bulul is a carved wooden statue that the Ifugao people of Northern Luzon used to guard their rice crop. They are carved from a single piece of wood and depict humans with very unrealistic features. These bulul are supposed to represent the ancestors of the Ifugaos, and the people supposedly gain power from the presence of ancestral spirits within them. The statues have the figures either standing or sitting down, and the male and female statues are usually found next to each other. They each have sex-related symbols: the mortar for the female and the pestle for the male. Among the different types of Ifugao figurative sculptures, the bulul are the most known and are the most abundant. 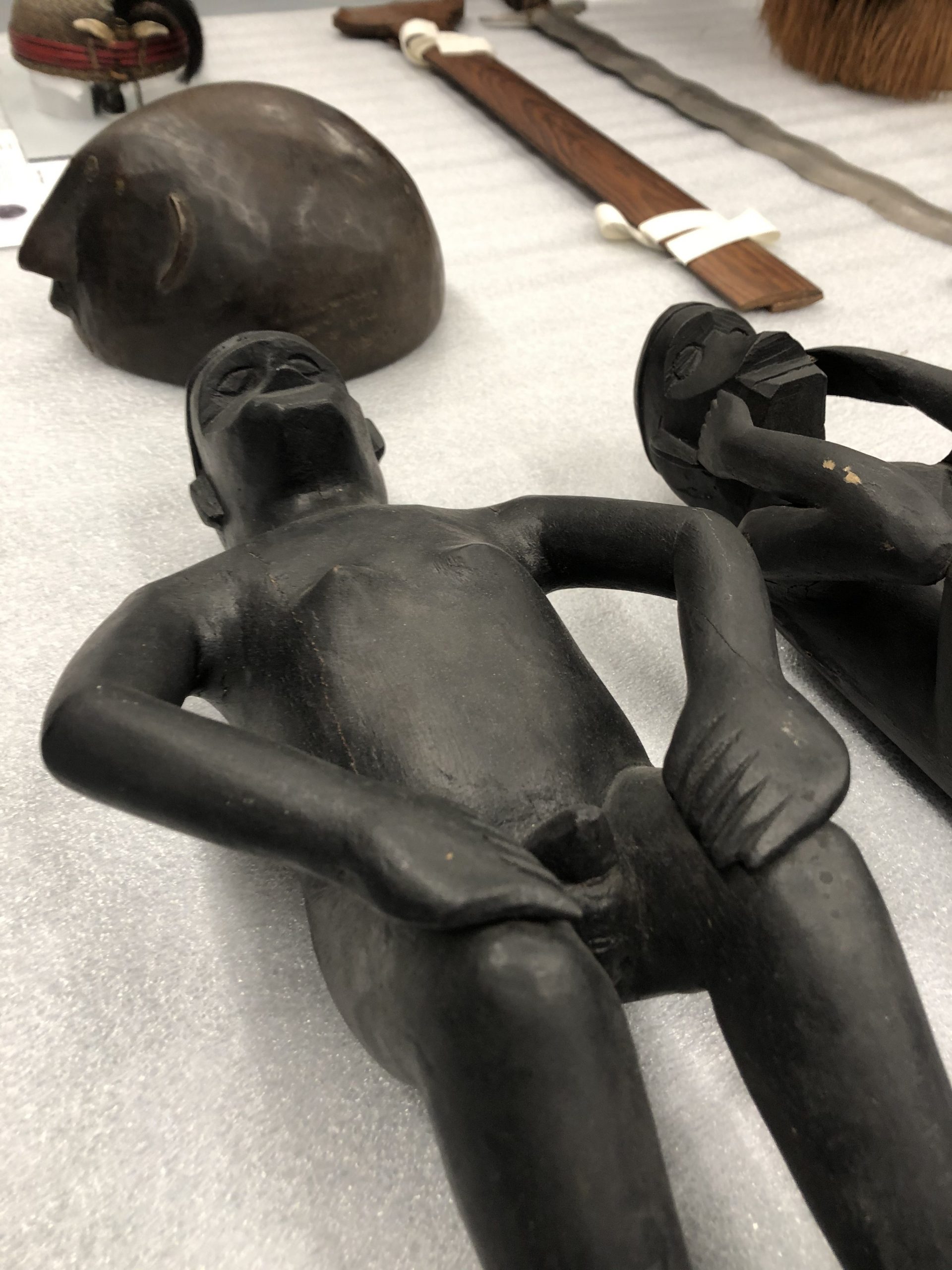 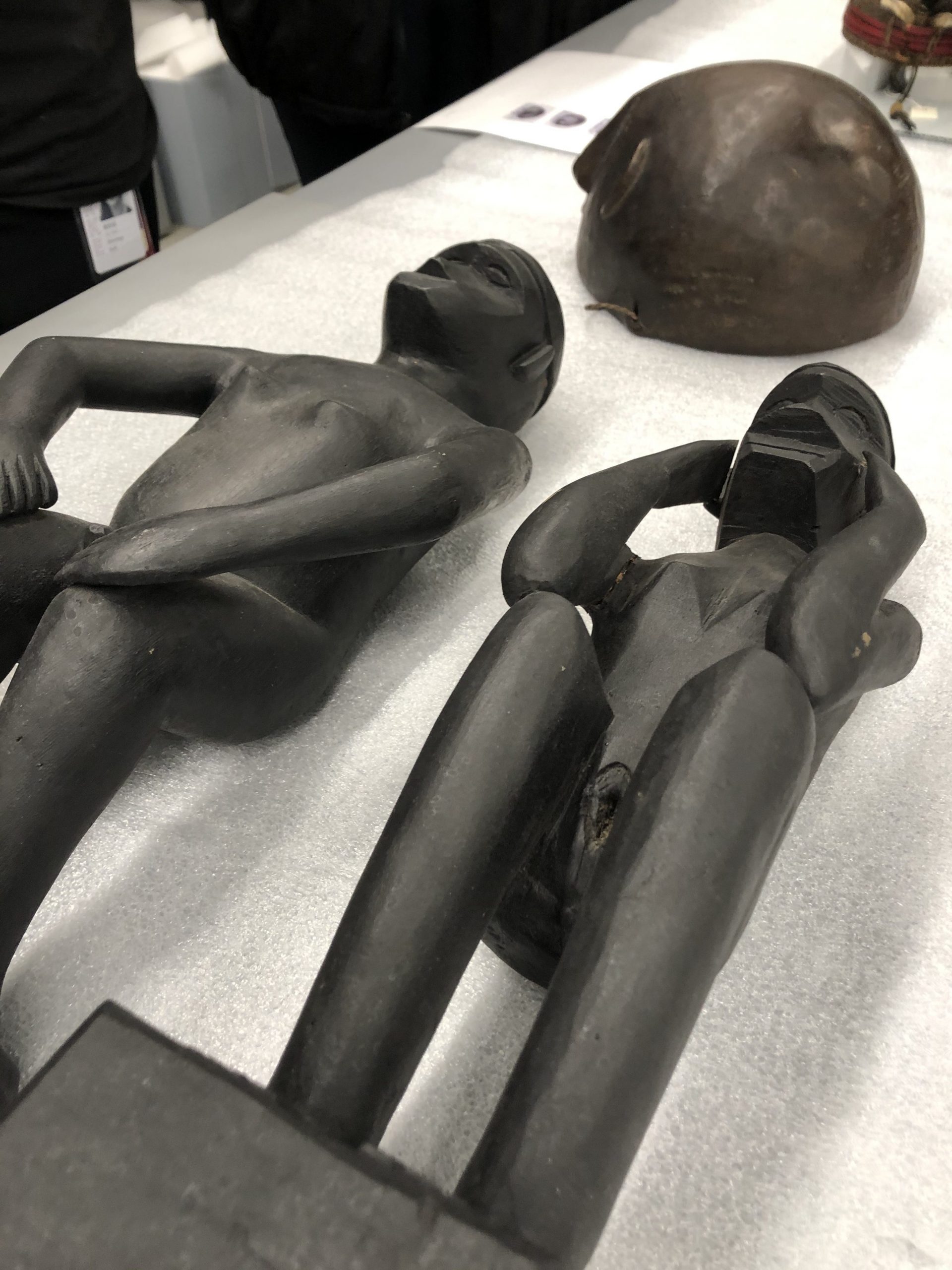 Who uses the Bulul statues? Where did they come from?

The Ifugao were originally referred to as “Igorots.” They are the mountain people of Northern Luzon. During the Spanish conquest, the colonizers experienced much difficulty when it came to taking over the Ifugao; this was due to the Ifugaos’ firm beliefs in their rights since ancient times. Even after the Ifugao communities were colonized and transformed into new provinces of the Spanish-administered Philippines, the Ifugao people still battled the colonizers. This went on for hundreds of years. Of course, once the Philippine Revolution broke out, the occupation of the Spanish in the province was ended. Prior to this colonization, the Ifugaos were one of the most sophisticated and prosperous highland plutocracies in the entire Philippine archipelago. The state existed for over 2,000 years, and there was a council of elders that ruled and led with peace. This plutocracy that they led brought about the best agricultural technology in Asia at that time. Massive rice terraces were built, which became enduring symbols of this province. Rice for the Ifugao is considered a prestige crop, so their cultures revolve around it. There are many feasts that the Ifugao hold that are related to rice and the different aspects of rice farming. Not only are there different ceremonies held with respect to rice, but in Central Cordillera, are is linked to community and spiritual well-being. Art is all around them in their everyday lives.

The villages here were often built around a stone platform that was situated in its middle spaces. It was on this platform that social and spiritual rites were performed, such as the worship of deities and ancestors, as well as the consecration of the figures they sculpted. Communities all around the Central Cordillera mountain range took part in the practice of carving ancestral and religious figures.  But today, carving is mostly practiced by the men. The first child of the family usually inherited the bulul, which were very highly respected and admired.

How does the Bulul statue artifact relate to Filipinx-American studies?

What made us interested in the bulul artifact is how much power it can contain through its healing presence. The significance of the bulul statues within the community of the Ifugao is heavily important due to their massive rice terraces that eventually became a symbol of the Luzon province later on. Since Northern Luzon is the site of one-third of the country’s total rice production — the main reason why it is called the “Rice Granary of the Philippines” — the Ifugao culture massively revolves around rice. Originally referred to as “Igorots,” these members of the mountain tribes provide us with an understanding of how they lived by their customs as practiced in their daily lives. In the acclaimed and distinguished autobiography/novel and historical/social text of America is in the Heart by Carlos Bulosan, a Filipino novelist and poet who immigrated to America, he briefly mentioned his personal experience with the Igorots. While Carlos was trading at San Manuel’s public market, he witnesses groups of the Igorot who came down from the mountains to the lowland villages in order to trade their own products with others. He added that they were walking in “G-strings with their poisoned arrows.” This specific reference was the fact that in the early 20th century, the Igorot tribe held on to their traditional cultural dress and way of life. In today’s 21st century, the Igorot people still observe and practice their customs. In addition to Carlos witnessing the Igorot people, an American tourist pays him to undress for a picture, making him look “ugly” to attract the attention of other tourists in exchange for some income. However, the tourists seemed to have more of an interest in the actual Igorot people who are already nearly naked. We can relate this to how the bulul statues are now mass produced in markets. The indigenous ideologies are lost due to assimilation to Western culture. Since the bulul statues are now produced in mass quanties, this can easily translate as losing their ritual significance due to mass production, in which cultures are reduced to tacky souvenirs and interior decoration. The bulul statues’ main and only purpose is to help protect and multiply rice harvests. In addition, the statues are treated by priests with care and respect to avoid any bad spirits that can possibly ruin a successful rice harvest. So, in a contextual manner of assimilation, the bulul statues can stand for what Filipinos experienced through resistance, resilience, and in a sense, colonial mentality. Western culture that produces mass quantities of bulul statues is another form of cultural degradation. In other words, we see here the loss of meaning and value of one’s culture through assimilation.

A personal connection to self and Filipinx-American communities:

Rice is a main staple when it comes to Filipino cuisine. As to any other Asian cultures, rice is a prominent food when it comes to eating main dishes, desserts, and so on. So, when we think of the bulul statues and its main purpose of protecting and healing rice harvests, it ties in with our cultural value through growing up with our parents cooking and figuring out our favorite dishes with rice. From a community aspect, rice can also signify poverty. Poverty in the Philippines is very high and rice can be a sign of poverty due to it being the only meal some people can consume when they lack enough resources. In addition, rice provides carbohydrates, which are essential for those who engage in hard labor. Rice is a kind of food that helps us live and survive, regardless of where you come from. Overall, the significance of the bulul statue and its healing properties that help protect and heal rice harvests bring positive impacts on one of the most staple foods of our Filipinx culture! 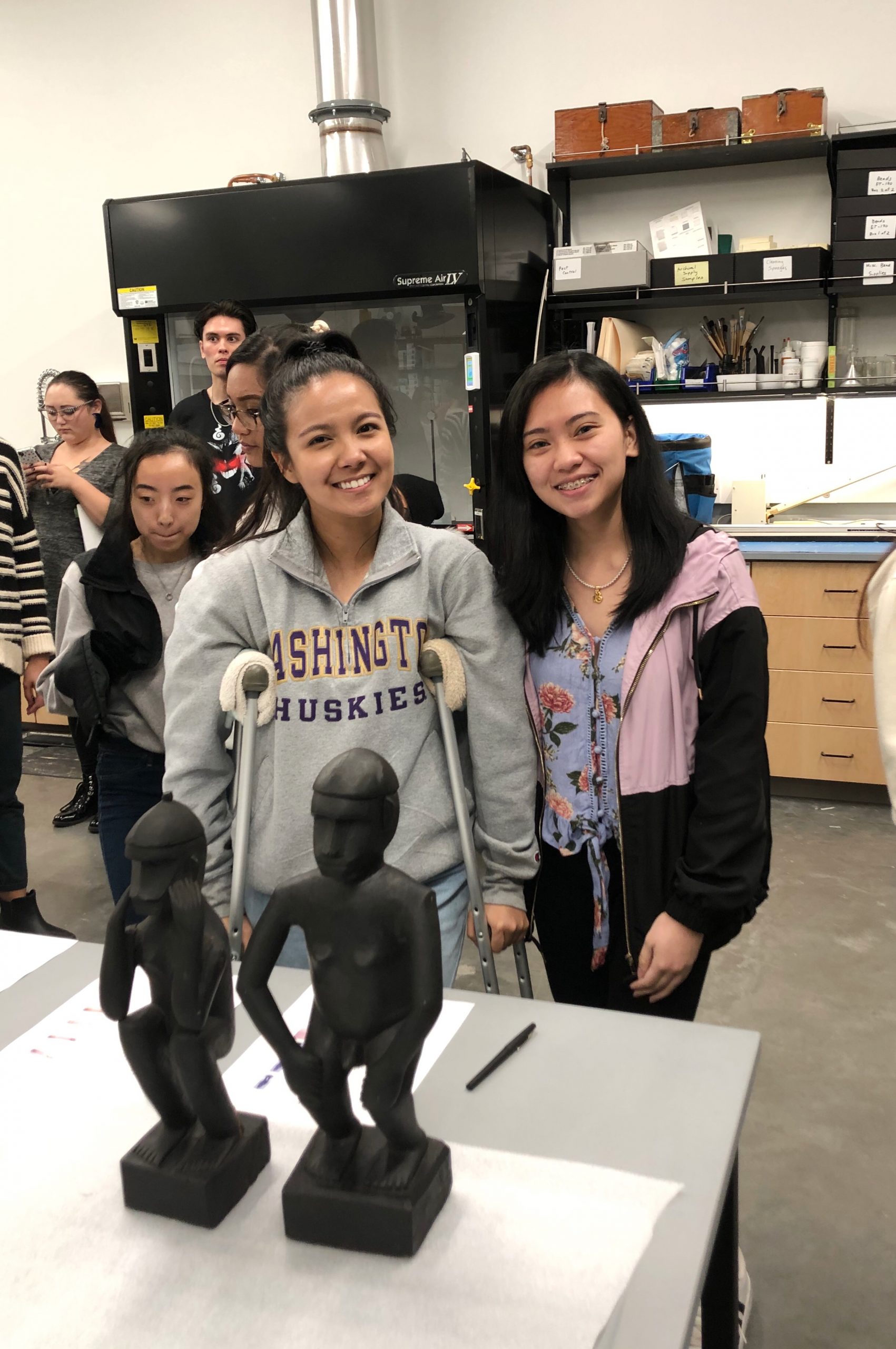