How efficient can high-speed transportation be? Bear with me here: it’s not actually necessary to move two tons of metal (the average size of vehicles in the US) along with every traveler. Efficiency immediately increases when smaller vehicles are used, and when more people are packed in a given vehicle, be it a train, plane or other mode of transport. But what kind of limits are there in the movement of a given vehicle? And when do these limits become dangerous to approach?

Basic physics tells us things in motion tend to stay in motion, so once a vehicle is moving, one only needs to keep up with the frictional drag forces to keep it going. Friction comes in all different forms however, and is a formidable opponent to motion. For road vehicles, friction occurs at the surface. High speed trains make use of the relatively low friction of steel-on-steel contact to make it one of the most efficient land transportation methods. Contact at the surface doesn’t even need to occur; magnetic levitation, or maglev trains, utilize magnets to hover the entire moving vehicle above the tracks.

Air friction is even more of an impediment to high speed transportation, as drag forces increase rapidly at higher speeds. Airplanes reduce air friction by cruising at high altitudes where the air is thinner. However, it takes a tremendous amount of energy to lift a plane up to such heights. Air travel is the least efficient form of transportation, similar in emissions to every passenger driving on their own in their own internal combustion engine vehicle.

Streamlined designs can help reduce air resistance, hence the sleek designs of high speed trains. Vacuum trains, including Tesla CEO Elon Musk’s Hyperloop, are high-speed transportation designs in which air is evacuated from a tube, to significantly reduce air resistance for a maglev train. A series of tubes would have to be constructed for each Hyperloop route. Vacuum trains have appeared in science fiction for decades, but have only recently been tested with human passengers.

Musk has received criticism for his motivations for the Hyperloop project. It was revealed in his biography that a goal of the original proposal was to scuttle the California government’s plans for high speed rail between Los Angeles and San Francisco. The detailed proposal makes a no-so-subtle suggestion for a second choice: “The only system that comes close to matching the low energy requirements of Hyperloop is the fully electric Tesla Model S.” A new Model S, starting at over $80,000, is clearly not a long-distance transportation solution meant for everyone.

Electrification of vehicles automatically saves huge amounts of energy that is wasted as heat within internal combustion engines, and reduces air pollution. Hydrogen, provided it is generated from renewable electricity (not fossil fuels, with which over 99% is currently made), can also be a clean transportation fuel. What’s the state of electrified mass transit today, and what are the prospects for the future?

Rail is used for 9% of passenger transit, and 7% of freight transit worldwide. Trains are highly electrified already; 75% of passenger transit and 50% of freight runs on electricity. China has invested over a trillion euros into its rail infrastructure since 2008, and is leading the expansion of railways worldwide. In the United States, 93% of trains are used to transport freight, with one-third of this used to move coal. Most American trains are diesel powered, and freight rail companies have supported climate denial.

High speed rail, which debuted in Japan in the 1960s, is usually defined as 200 km/hr (125 mph) for existing lines, or 250 km/hr (155 mph) for new lines. It’s typically used for distances between 150 and 800 km. Ridership has increased by a factor of six worldwide since 1996. Nearly two-thirds of high-speed rail lines worldwide are in China, most built in just the last decade. Europe has much of the rest. India is building a high speed rail from Ahmedabad to Mumbai, which is planned to open in 2028.

There is evidence that high-speed rail displaces passenger air travel after routes appear, meaning a decrease in emissions from transportation. Decreases in air travel of 80% were seen after lines opened between Paris and Strasbourg, and between Taipei and Kaohsiung. Other high-speed rail routes led to decreases in air travel of at least 40%. France has passed a law that will ban domestic flights on routes where a short-duration rail alternative exists.

For transportation around and within cities, metro and light rail are the most efficient options in terms of moving people rapidly. Around 200 cities worldwide that have metro stations, and 220 have light rail. This infrastructure takes a long time to build but can move city-goers at a faster speed than any other transportation option. 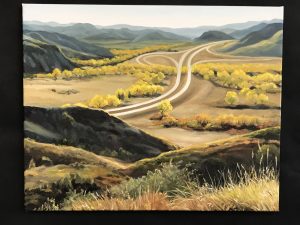 The word “bus” comes from omnibus, meaning “for all.” Electric buses are hard to beat in terms of accessibility, low infrastructure requirements and flexibility of routes, and can indeed become the clean, electric transportation method for all. Electric buses are surging in China, where there are now over 400,000 in service. The city of Shenzhen has electrified its entire fleet of over 16,000 buses, and 30 more Chinese cities plan to do so. The US is beginning to follow suit, and commitments to electrification are being made in Europe as well. Bogotá, Colombia recently ordered nearly 1500 electric buses for its fleet, and will have the largest e-bus fleet outside of China.

Charging infrastructure can be expensive and are one barrier to adoption. Some electric buses can be charged without plugs, using electromagnetic induction. Since they travel along fixed routes, electric wires can be installed above streets; buses that are wired to power like this are called trolleybuses.

Most buses worldwide are diesel-powered, and are highly polluting. The air pollution benefits of electrification are huge, especially for children. Electric bus technology should be everywhere; no children should breathe diesel fumes on their way to school, no adult travelers either.

Efficiency of transportation, from a lifecycle perspective, also includes all the energy that goes into making vehicles, roadways, tracks, and other infrastructure. Some routes require building new tunnels through mountains, or under city streets, which can be large investments of energy and resources. The Transportation Lifecycle Assessment group has performed calculations of the energy usage and carbon footprint, and has found that if ridership is large, high speed rail options can be the least energy intensive in California.

The impact of transportation systems, though, goes well beyond energy usage. While clean transportation from electricity or hydrogen are certainly better from an air quality perspective, they are not necessarily improvements in terms of land footprint, or other aspects important to living by transportation systems. The US highway system was built on a framework of racism, ripping apart vibrant neighborhoods, exposing communities of color to pollution, lowering property values, and impeding walkable neighborhoods. Just climate solutions must share in both the burdens and benefits of technology. Any transit route should answer the question “is this for the benefit of everyone?”

Airplanes are heavy, and it requires lots of energy to lift all that metal to high altitudes. Since batteries are not very energy dense, it’s difficult to fit enough clean energy storage onto a plane to last for a long-distance flight. The largest battery electric airplane flew from Grant County, Washington in May 2020: a converted plane body designed to hold only 9 people. Some analysts suggest that larger hybrid planes might be possible within the next decade, but that battery electric propulsion will simply not be possible given the weight of batteries required.

Airbus has proposed some prototype zero (carbon) emissions airplanes powered by hydrogen that could go into service in 2035. Emissions of other pollutants like NOx, however, would still exist with these planes, since some of the hydrogen fuel will be combusted. There would also be hydrogen fuel cells for electric propulsion, which just emits water. Even with the hybrid propulsion system, these designs will be challenging. Hydrogen doesn’t have the weight issue that batteries have but it does have a volume problem: the fuel takes up a lot of space, even in liquid form. Liquid is difficult to store, because temperatures of 20 K (-253o C) are required to prevent boiling. The proposed tanks to store liquid hydrogen are four times heavier than the hydrogen fuel itself.

Given the difficulty of flying with clean energy, one might wonder how easily demand for air travel could be reduced. This is not the current trend; demand increased 5% per year from 2000 to 2019, increasing total emissions by a factor of 2.5. About 71% of airplane fuel is used for passengers on commercial flights, 17% is for freight, 8% is military use, and 4% is for private planes. The world average flying distance per person per year is over 1000 km, but this is concentrated among a privileged few. Around 90% of the world population does not fly at all in a given year. Half of the carbon emissions from air travel comes from only 1% of people. In the United States, the 12% of the population who fly six or more times per year are responsible for over two-thirds of flights. Those riding business or first class are responsible for roughly 3 or 9 times the fuel use and emissions as their counterparts in coach. Private jet fliers can emit several hundred times the world per capita emissions from their flying alone.

The Untokening is “a multiracial collective that centers the lived experiences of marginalized communities to address mobility justice and equity.”