Carbon dioxide is the #1 cause of global warming. But methane, the #2 contributor, is far from negligible. It’s caused 20% of global warming so far. Each molecule of methane traps much more heat than CO2, so more localized sources like an invisible plume from a fracking operation can still make a difference, even on a global scale.

Methane is a reactive compound, and sets the stage for various types of toxic air pollution, like lung-inflaming tropospheric ozone, which forms when other pollutants like NOx are present. Ozone pollution has been linked to hundreds of thousands of premature deaths each year, and tens of millions of hospital visits for asthma each year. Since ozone formation is temperature dependent, ozone pollution has worsened in recent years and will become more challenging to avoid.

The upside of methane’s chemical reactivity is that it is scrubbed from the atmosphere much more quickly than CO2. It lasts only about a decade in the air before it breaks down into CO2 and water vapor. This means that the extra methane in the atmosphere right now is due almost exclusively to pollution sources active in the last dozen years.

Methane concentrations (as measured in ice cores and direct measurement) have skyrocketed since preindustrial times:

There was some indication recently that concentrations were leveling off, but CH4 is back on the rise since 2006:

Fossil gas is mostly methane, and so is swamp gas, which is produced in wetlands by tiny microorganisms called methanogens. Methanogens work well in warm, wet, low-oxygen environments, so wetlands or flooded rice patties are big sources. So are the bellies of cows, sheep, and goats — and even termites! Methane is a big reason why beef has such a high carbon footprint.

There’s a lot of methane locked up in permafrost and ice in the Arctic, and there’s also huge amounts of frozen organic material that’s ripe for decomposition by methanogens. Certain Arctic lakes have methane bubbling to the top, where they can be lit on fire (see video)! There’s concern about these sources releasing or creating more methane as the climate warms, leading to an amplifying feedback that causes even more warming. Scientists are closely monitoring methane emissions in the Arctic, and worldwide, to identify potential surprises.

However, it’s quite difficult to estimate with precision how much methane comes from different sources. Estimates from the individual sources on the ground don’t add up to the atmospheric increase/sinks. Different groups provide their own estimates of the sources, three of which are shown below (EDGARv4.3.2, CEDS, and GAINS).

Why would methane concentrations have stabilized starting in 2000, and accelerated in 2006, if there were no matching trends in the anthropogenic emissions? Scientists are still arguing about that one, but it could be that natural wetland sources have changed, that concentration of the hydroxyl radical (OH, the main way methane breaks down) in the atmosphere has changed, or that we haven’t accounted all the sources well enough. 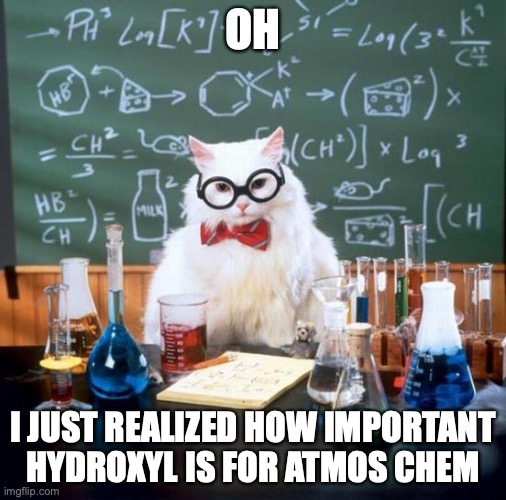 About those anthropogenic sources. Leaking coal mines, fracked gas wells, and pipelines contribute a tremendous amount to methane emissions, and have risen sharply since the early 2000s (data from EDGAR):

For example, the Aliso Canyon fossil gas storage facility in Los Angeles began spewing tons of methane (watch infrared video footage here) and other chemicals in October 2015. Local residents began suffering from headaches, nose bleeds, and other illnesses, and eventually thousands of families were forced to evacuate. The leak wasn’t capped until February 2016, by which time over 100,000 tons of methane had leaked.

There is little government oversight on these wells, and industry self-regulation, well, is not exactly stellar. SoCalGas recently agreed to a $119M settlement, which will go to offsetting methane emissions across the state, a long-term health study of affected residents, and environmental justice-related projects, among other projects.

Imagine 1500 Aliso Canyon blowouts each year. That’s the best estimate of fugitive methane leakage from coal, oil, and fossil gas facilities across the world.  Could we be doing a better job at detecting leaks? The Environmental Defense Fund has recently launched their own satellite called MethaneSAT for much-needed oversight on fugitive fossil fuel emissions. Ground-based monitoring is important as well.

Leaks of methane are particularly large from coal mines, especially from active mines and those that are drilled deep into the ground. Abandoned mines continue to leak as well. Miners have been reckoning with methane pockets within coal seams for centuries. They called it firedamp because of its deadly tendency to ignite. From firedamp to fracking, the fossil fuel industry is the cause of a large fraction of human-caused methane emissions, more than any other single source. Ending the extraction, transport, and combustion of fossil fuels is an important step in reducing methane emissions, as well as carbon dioxide and air pollution emissions.

Waste
The waste category includes methane released from landfills and water treatment. This source is estimated to have doubled since 1970. There are ways to mitigate these, e.g., capturing biogas from landfills or installing methane digesters to water treatment facilities. Mark Jacobson argues in his renewable energy book that such captured methane should be used to create hydrogen for use in fuel cells, to avoid air pollution emissions from combustion. The release of methane from landfills also underscores the need to reduce waste.

Rice
Rice is often grown in flooded fields, which create anoxic conditions that methanogens love. There are well-known methods to reduce these emissions, like draining fields more often, so anoxic conditions cannot occur, or the more comprehensive System of Rice Intensification, in which water is applied intermittently, organic matter is applied instead of chemical fertilizers, and weeding tools are used to aerate the soil and remove weeds.

Animals
Finally, animal agriculture is another major source of methane, specifically ruminants that have multiple stomachs for digestion. Cows, goats, and sheep all burp out large amounts of methane in their digestive system. There simply wouldn’t be nearly as many cattle on the planet if it wasn’t for our appetite for beef. When combined with the inherent inefficiency of animals as a calorie source (it takes 30 pounds of feed to create 1 pound of beef, per the USDA), the meat industry has an extremely high carbon footprint.

Are we shifting towards less meat intensive diets? Definitely not — as the world becomes more rich, more and more people are demanding more meat in their diet. Projections suggest that satisfying the demand for more meat is the main challenge for feeding the world in future decades, not rising populations. The future doesn’t have to be like these projections though.

350.org “was founded in 2008 by a group of university friends in the United States along with author Bill McKibben, who wrote one of the first books on global warming for the general public. The goal was to build a global climate movement.” There are now over 350 chapters in 188 countries around the world.