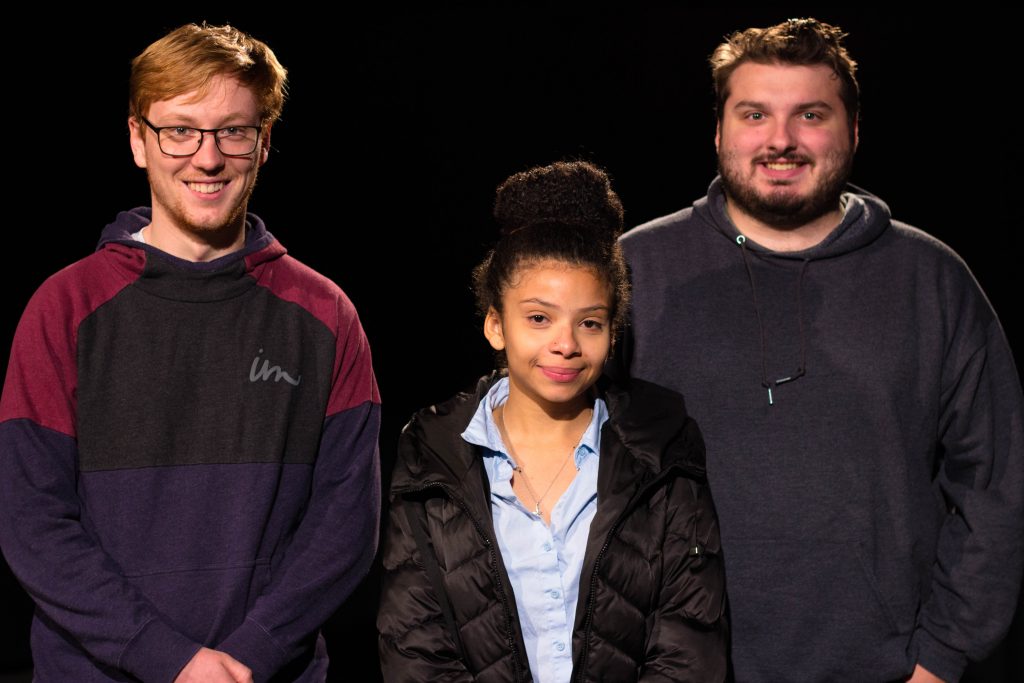 Team Stephanie conducted the interview of Stephanie Esteban. They collaborated with Stephanie in the pre-production phase of the video, particularly, in the process of framing her story.  Team Stephanie was then responsible for the production and post-production of the final video. 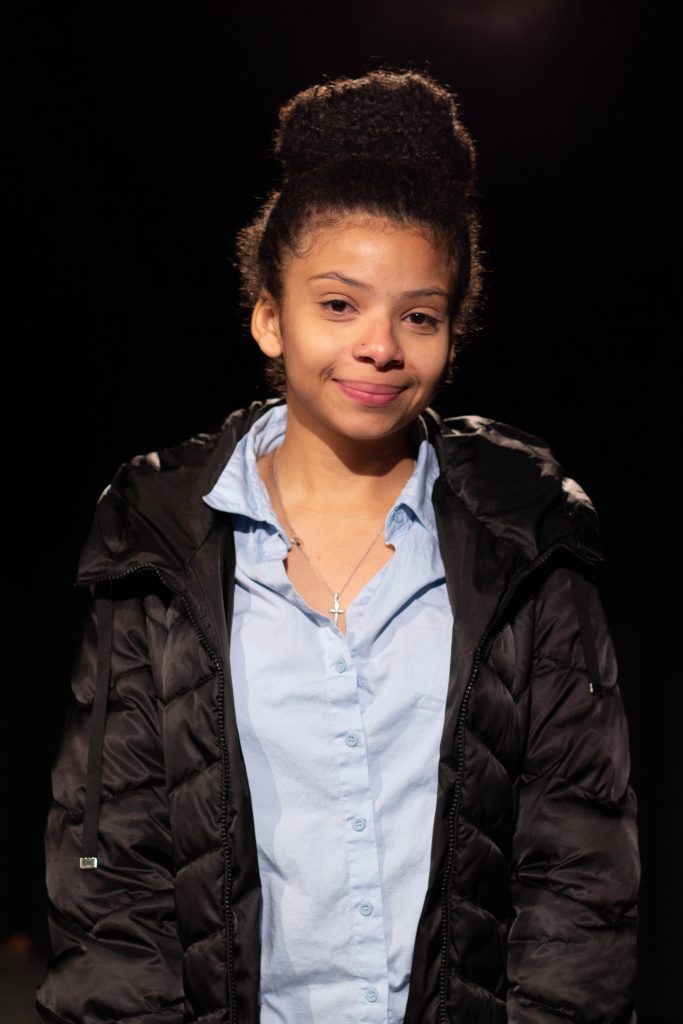 My name is Chantel McKinney. I am a biracial woman who grew up in Germany. I identify as cisgender woman. I am currently a senior at the University of Washington, majoring in Communications. My academic interests include studying the media and how it affects everyday life, and how people use media and communication technologies to make a living. I have also taken an academic interest in broadcasting and studying film production, because I intend on going into a career related to broadcasting news or being a video producer.

Taking this course was an eye-opening experience, because not only did I learn about the different angles for how to properly take photo or video, but I also learned how to use an editing software. This is my first time doing a project such as Telling Our Stories. I have learned that it can be a challenge to ask personal questions, because I didn’t want to overstep any boundaries or ask a particular question that had the potential to negatively trigger an interviewee. I have been impacted by this project especially when comparing my story to other people’s. I have come to the conclusion that there are a lot of people who were in the same shoes that I was in growing up. I also see that the people around me are understanding, and nonjudgmental, when discussing sensitive topics. My goal for this project is for people to see that for every problem, there is a solution, and that if anyone is struggling with a problem while in college, there are resources available for them. 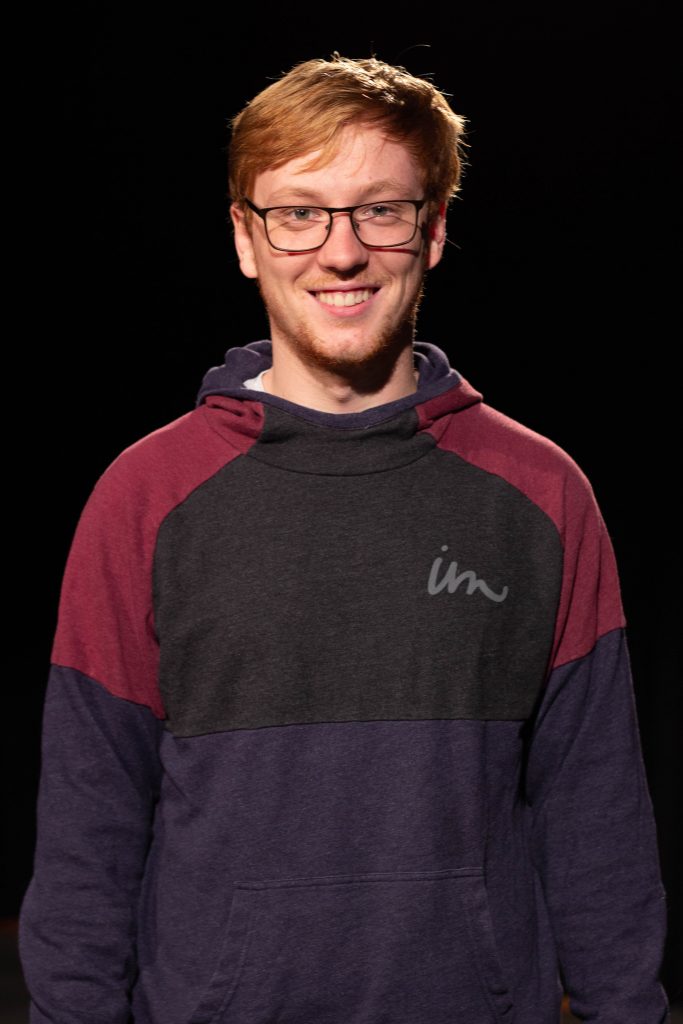 My name is Harrison Christensen, I identity as a white male and I use him/his gender pronouns. My academic interest are the social sciences. Overall, I enjoy learning about sociology, economics and much more. Outside of school, I like to hike in the warmer weather with friends and snowboard during the winter. I have learned quite a lot in TCOM 347. I have more insight into the film/video production process, and I can identify and understand why certain camera angles or lighting is used in a particular way, as well as better understanding narrative structure.

During the Telling Our Stories project, I have learned that even though people look happy and put together on the outside, we all struggle in our own ways. Letting people hear your story can help in getting over a struggle or help others know they are not alone. I hope that in watching the video I co-produced, people get to hear how we all share similar struggles of feeling, for example, not good enough in our lives at times. However, I believe that talking about these issues and sharing the experience with our community can help us overcome emotions of self-doubt. 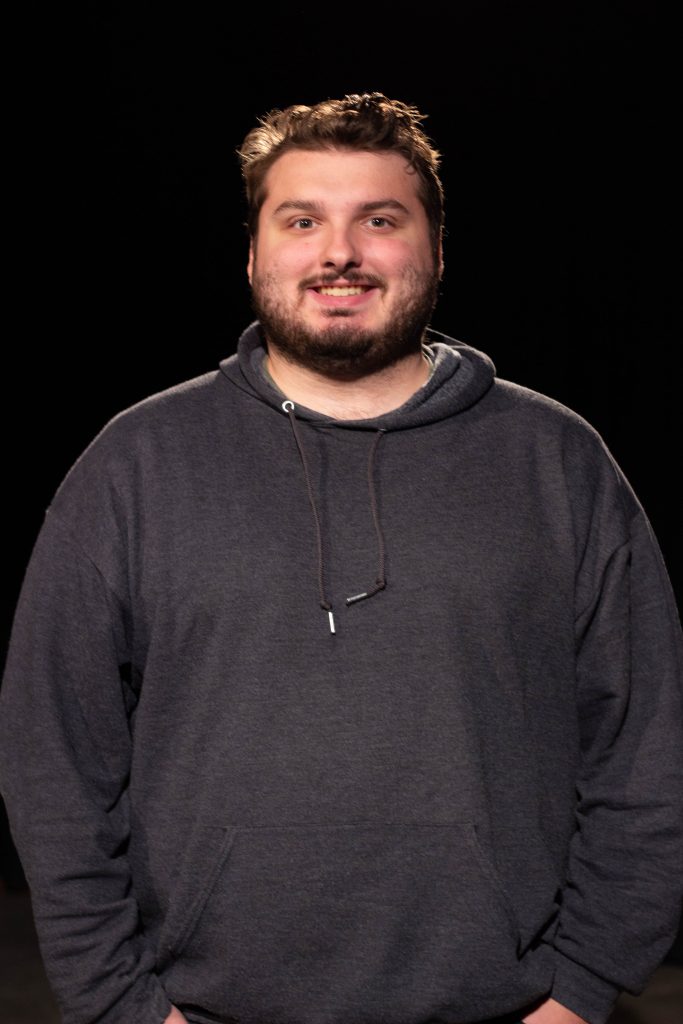 My name is Mitchell Washburn. I am a white, cisgender male. I am a Baptist and a fourth- generation student. I grew up in a middle-class family. I am a senior student majoring in visual arts. I am predominantly interested in comic book illustration and art education. I want to be a high school art educator and eventually, a comic book illustrator. In Television Criticism and Application (TCOM 347), I have learned how to better tell a story through visuals and the level of teamwork needed to successfully translate ideas into visual media.

Through this project (Telling Our Stories), I have learned the power that emotional vulnerability carries in an academic environment and relationship. I have learned the importance of encouraging fellow students in their academic adventures. I hope that others feel either a relation to our interviewee or begin to help other students at the University of Washington-Tacoma to feel welcomed.