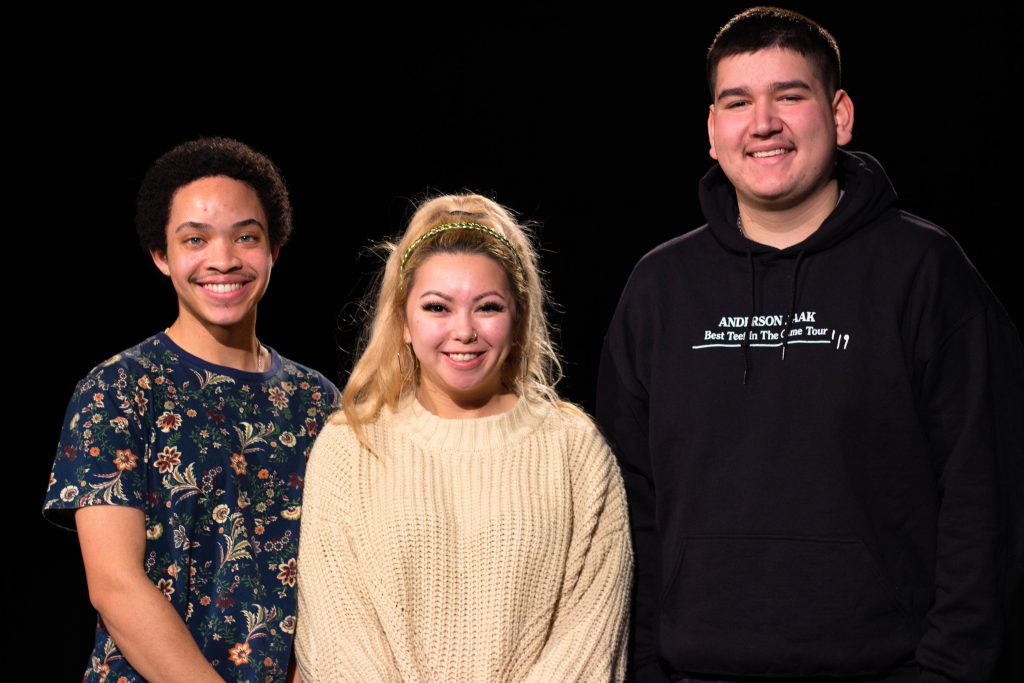 Team Alina conducted the interview of Alina Cordova. They collaborated with Alina in the pre-production phase of the video, particularly, in the process of framing her story.  Team Alina was then responsible for the production and post-production of the final video. 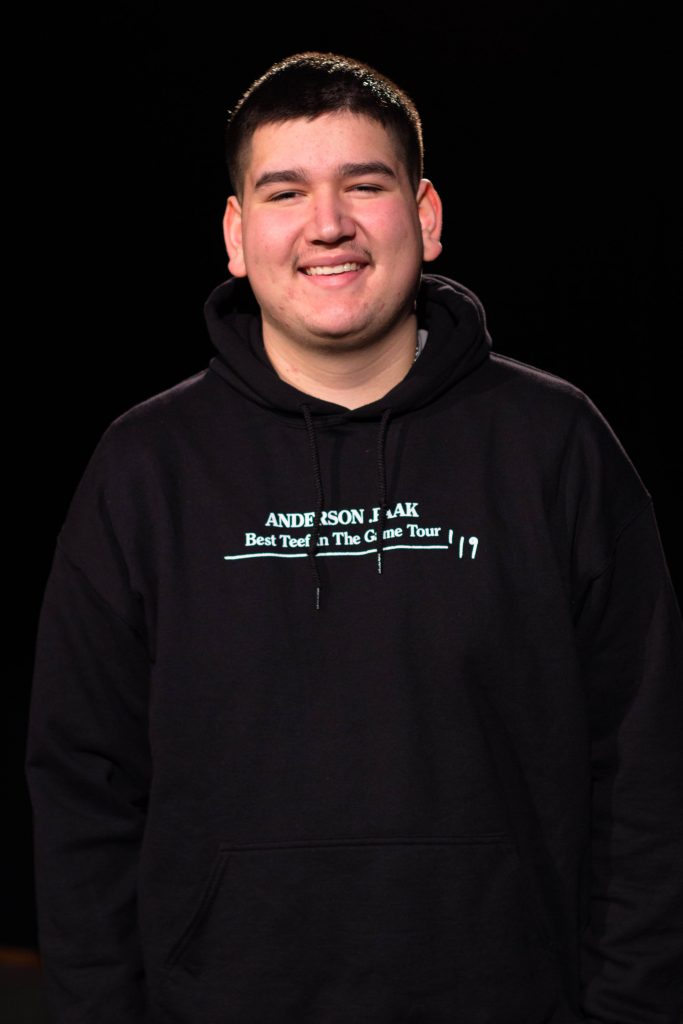 My name is Braulio Aguayo Munoz. I am a Latino man who identifies as cisgender. I use the pronouns he/him. I grew up in a working-class family and am also a first-generation college student.

I am a Junior at UWT majoring in Communication with a minor in Education and Community Engagement. My academic interests with are to preferably work in high-schools and take an administrative approach to aid students in the college access/aid route. This is due to the fact that some students don’t have the resources necessary, so I would like to aid in areas not familiar to a lot of people. As far as personal interests, it’s mainly made up of being an avid sports fan. Sports are basically my life whether it’s playing them or watching my favorite teams on TV or at the stadium. I’m also a big shoe enthusiast/sneakerhead, so much that I work in retail around sports apparel and shoes.

In TCOM 357 I learned the various ways that photography and videos can be used and manufactured and ways in which they can evoke emotions, educate, and how they’re overall works of art. I obtained an appreciation for the work because having never made a video through editing equipment and software, I realized how precise one has to be. The impact the Telling Our Stories project had on me was eye opening because I was able to see not only how the producers and editors have the power to make someone’s words powerful in whichever way they want, but it gives a platform for the creative and interviewee to share their views on this institution and their lives through a short 5-minute clip. What I hope people take away is that inclusion is a big part of the college culture that needs to be addressed. Not only that but ways in which they can go out and make an impact to change the campus climate and as well outside of the school. Being a co-conspirator instead of just an advocate can be crucial and self-fulfilling, but also a strong commitment. 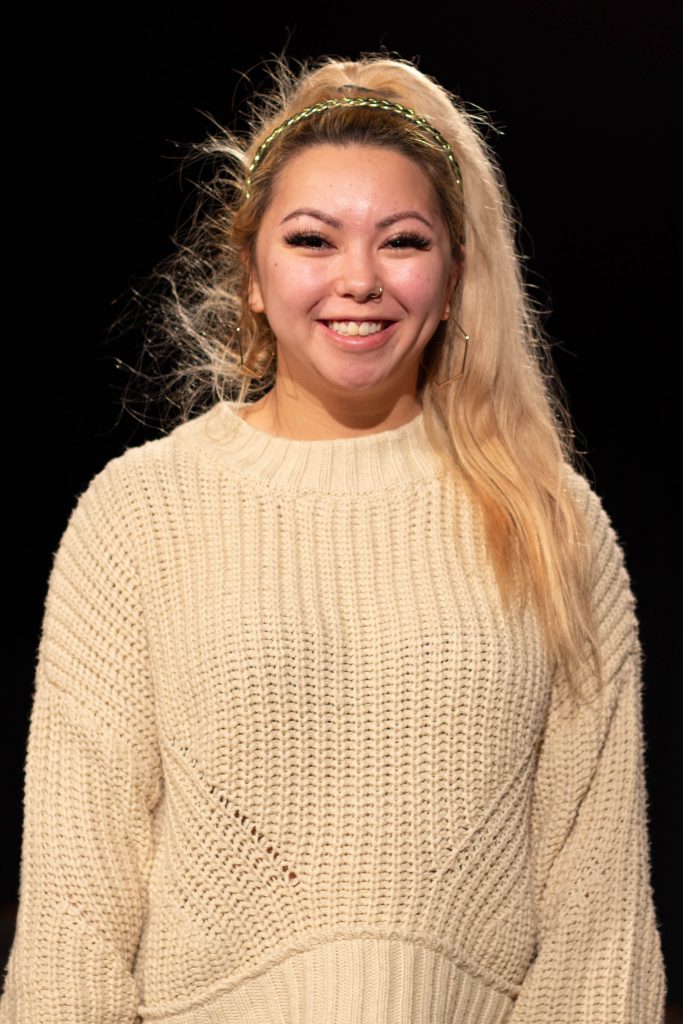 My name is Hanna Bryan. I am a young Japanese-Caucasian woman who identifies as cisgender. I use the pronouns she, her and hers. I am a second-generation student and grew up in an upper-middle class family.

I am a Senior student majoring in Communication and minoring in Healthcare Leadership. My academic interests revolve around digging deeper into the relationships and meanings we have with each other and with media. In tying together personal relationships and media production to the field of healthcare, I want to better understand the way we live and how we can improve to grow as a society. My personal interests involve watching a lot of media (Netflix, Hulu, etc.) and this class, TCOM 347 B, I have learned how to create my own video work, which has been fun.

While taking this course, I’ve learned how directors and producers think about the way they produce media content to connect more with the audience. I have never before thought about different elements of composition, like the angles, lighting, or color of a scene, or still image, and how they all change the way one perceives it in the composition of a visual image, which can make an impact.

While creating the Telling Our Stories Project, I have been able to put myself into someone else’s shoes and learn how they experience college life. It has impacted me because I just come to class, then leave once the classes are over. It is easy to be stuck in your own world and not see what impactful things others are doing. I have been able to learn about amazing organizations such as the Center for Equity and Inclusion (CEI) that we have on campus. Taking what I’ve learned has given me a broader perspective that you can create a life here on campus and be more than just coming to school to take classes. I hope that when people watch the video, they understand that everyone here on campus has a story to tell, and it is important to listen to them. The University of Washington Tacoma is a diverse campus and it is important we embrace diversity in every sense of the word. 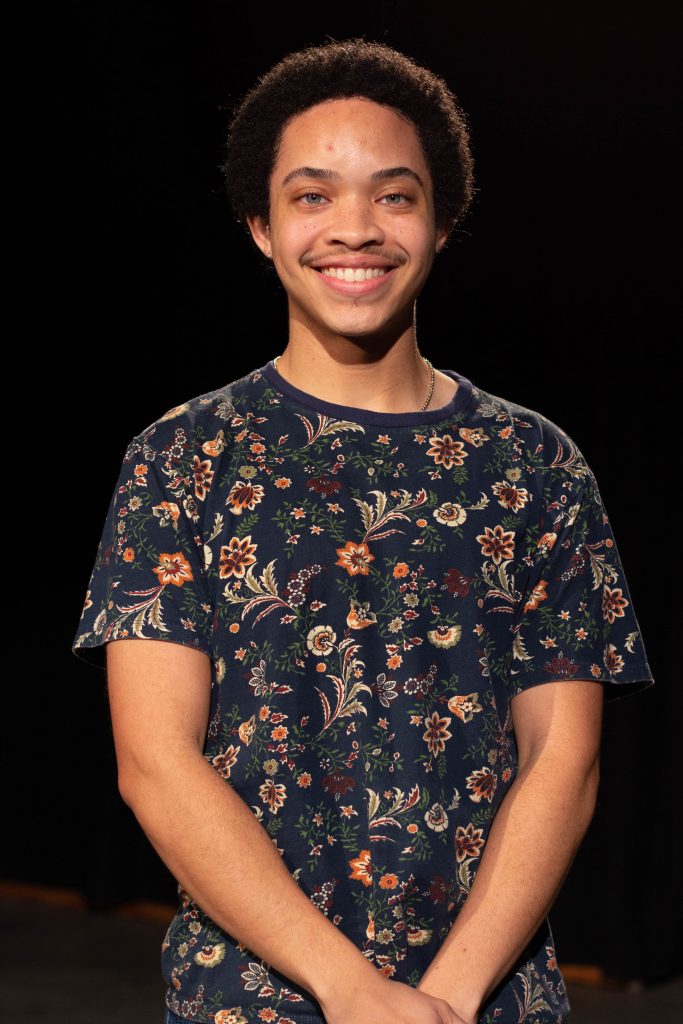 My name is Aaron Johnson. I am a young black man who identifies as queer and I primarily use the pronouns he, him, his. I am a second-generation student who grew up in a working class family.

I am a Senior student majoring in Communications. My academic interests revolve around understanding how different forms of media, especially the television and film industries operate. My personal interests include watching films, along with understanding the production and broadcasting side of producing media content, especially since media production is what I would like to do in my future career. In this course, TCOM 347, I have had the opportunity to learn and operate a camera along with understanding the importance and key components of an interview. I’ve also learned about how to edit videos, how to think about various camera shots, overall understanding visual composition and learning about story narrative.

Through the Telling Our Stories project, I have learned that every single person on campus experiences college very differently. Personally, I have generally had a good experience when it comes to experiencing campus life, but I know that for others, this isn’t always the case. The course has also taught me how diverse this college is. In hearing all of the different stories for the interviews, every person offers different ways of navigating college, which is something that I admire. This has had an impact on me because I feel that being exposed to the rich diversity of stories has helped me grow in a way that I never thought would happen. Generally, I keep an open mind, but after hearing all of these different testimonies in the stories that are being captured for this project, it has helped shape my own thinking and made me into a more well-rounded individual.

I hope the people who see this video get a better understanding of what a co-conspirator is, how much work they put into their work, and how passionate they are and can be. I would also like for people to understand the importance of helping others, especially when they are in need of it.