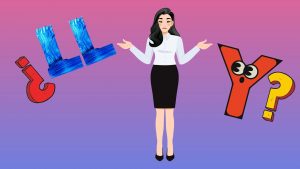 In this chapter you will:

In this chapter, we introduce the letters “ll” and “y” with a caveat: they present a high degree of variation from region to region and even from person to person.  Therefore, you can expect to hear a fair amount of exceptions in the real world to what is presented here.  In the past, there existed a clear distinction between the sounds that these letters produce, where “ll” represented the sound /ʎ/, (“calle” sounds like “calieh,”) and “y” represents the sound /ʝ/,  (“caye”).  However, today, both in Spain and Hispanic America,  /ʎ/is  disappearing and it is converging with /ʝ/.  This is called “yeísmo.”  In order to simplify matters, we will obviate this difference present in very small areas of the world and will occupy our time with /ʝ/.

The /ʝ/ is a voiced palatal fricative, since 1) it requires a vibration of the vocal cords; 2) it is articulated when the tongue touches the palate, and 3) it requires friction in the oral cavity.  Its pronunciation is similar to the English “y” as in “yellow” but it is stronger and it requires more friction in Spanish.  Additionally, this sound has the variant or allophone [ ɟ͡ʝ], which is also voiced and palatal, but it is an affricate, not a fricative.  An affricate sound is produced by first stopping the airflow entirely, then allowing it to escape through a constricted channel at the place of articulation, causing turbulence.  Its pronunciation is similar to the letters “j” and “dg” as in “judge.”  These two sounds /ʝ/ and [ ɟ͡ʝ] are complementary, meaning that one occurs in contexts where the other does not occur. [ ɟ͡ʝ] occurs after “l,” “n,” or a pause (“el yate,” “conllevar,” “Yolanda”), while [ ɟ͡ʝ] occurs in all other contexts like between vowels (“mi yate”).

It is important that you understand what you have learned in this section.  Please take this quiz before continuing with your practice.

ATTENTION: A common mistake among English speakers is to pronounce the “ll” and “y” very faintly or not at all.  This causes erroneous pronunciation.  For example, “tortilla” becomes “tortía” instead of “tortiya;” “vaya” becomes “vaia” instead of “vaya.”  Remember, you must pronounce the “ll” and “y” either like /ʝ/, a strong “y” with lots of friction or like [ ɟ͡ʝ], the equivalent in English of the letters “j” and “dg” as in “judge.”

In all of the following examples, “ll” and “y” sound like /ʝ/.  Please listen and repeat after the speaker.

In all of the following examples, “ll” and “y” sound like [ ɟ͡ʝ].  Please listen and repeat after the speaker.

Let’s practice more.  Please listen and repeat after the speaker.  For the sake of clarity, the softer /ʝ/ sounds are marked in black bold and the harder [ ɟ͡ʝ] in red bold.  Once again, the difference between these two sounds can be very subtle so please listen carefully. 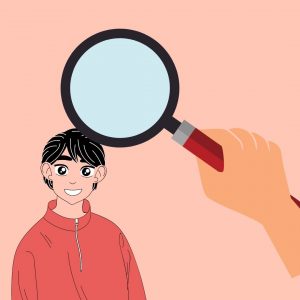