This module guides elementary and middle school students through explorations of regional topography that lead to discoveries about the geology of the Pacific Northwest, focusing on local landmarks in Seattle.  This simple exploration can be a foundation for more advanced glaciology and erosion lessons for high school students. Originally created by Kristin Poinar, UW Earth and Space Sciences (2015) to fulfill the capstone requirement of the Graduate Certificate in Climate Change.

About 15,000 years ago, much of the Pacific Northwest was covered by a part of the Laurentide ice sheet. It was called the Puget Lobe, and it was the southernmost extension of the ice sheet that once covered most of Canada and some of the northern USA. This glacier was 3000 feet thick – it extended as high as planes fly as they pass over Seattle on their way to land at SeaTac. The ice sheet carved channels into the land around us, like a rake carving channels in soil. Lake Washington is one of the furrows that was carved by the glacier. On the other hand, View Ridge and Delridge hills are ridges that were left behind as other areas were carved out. Most of the features carved are long and skinny and north-south oriented, because that was the direction the ice flowed (i.e., the direction the rake was being pulled).  100,000 years ago, before the glaciers had come and carved out these furrows, what did our region look like? The Wedgwood Erratic at NE 72nd Street and 28th Ave NE is a huge boulder that these glaciers brought down from the mountains near Bellingham.

Introduce the impact of glacier flow using the silly putty model of a glacier.  You an follow the instructions from The Science Education Resource Center at Carelton that contains instructions on how to make the silly putty, demonstrate glacial flow, and questions to ask the students.  In brief, the silly putty glacier illustrates that ice can flow like a viscous liquid. Sticking straws into the glacier shows how friction from the sidewalls affects its flow, slowing it down – the straws in the center of the glacier move faster. The straws also topple over after a few minutes, showing how the surface of the glacier flows faster than the bottom. This also illustrates friction. A piece of cardboard peeled to expose the ribbing is a nice illustration of how the land underneath a glacier will look. The glacier drags rocks along with it, which “rake” and erode the ground.

View the Data with Google Earth

Google Earth is free software available at www.google.com/earth . It is a relatively small program (download size 42 MB) that accesses most of its data from the internet as needed. It’s great for open-ended exploration of the earth – the natural environment as well as cities and human development.

Lidar datasets reveal the topography of land. The maps are produced by flying airplanes over the land, and shining lasers down from the planes. By measuring the amount of time it takes the laser beam to leave the plane, hit the ground, and bounce back, the exact elevation of the land surface can be calculated. The lidar can see through trees.

Datafiles (.kmz) can be downloaded from the PCC Google Drive Folder.

Data is available for the following locations:

What to look for in the Data

Evidence of water erosion in our region. There are many features that were carved by water in the past few hundreds or thousands of years – Ravenna Park, Carkeek Park, etc. They are often on steep slopes (bluffs above Puget Sound or Lake Washington) and are arborescent (tree-like) in nature. We know they have been recently carved because (a) the river channels incise down through other smooth features, and (b) rivers or creeks still often run through them. 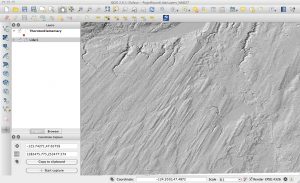 Figure 1:   LiDAR topography data of the Kitsap Peninsula south of Bremerton, showing evidence of largescale glacial erosion. The students have previously found that glaciers erode the earth underneath them in a pattern that looks like corrugated cardboard; very many of them leap to connect that concept to this image.

Evidence of glacial erosion in our region. The Kitsap Peninsula shows longitudinal furrows carved by the glacier.  Why are the furrows oriented north-south? The furrows are also apparent within Seattle, although they go in a slightly different direction (more northwest-southeast). Cougar Mountain also shows these features. Can you see them “start” on the north end and trail out on the south? These ridges remained whereas the valleys between them were eroded away. The ridges remained because they were directly underneath subglacial tunnel.

More complex geology. Maple Valley shows evidence of both waterbased and glacial erosion. First, a large river, or many large rivers over time, carved the main east-west valley many thousands of years ago. Smaller north-south tributary rivers also flowed into the main valley. Next, the glaciation occurred – we can see how the ice, which flowed from north to south, eroded the walls of the valley differently. Which is steeper, the north wall or the south wall? Why? You can also see this on the east-west creeks on Cougar Mountain – or any sufficiently incised east-west creek in the area.

An Exploration of the Glacial History of Puget Sound by Kristin Poinar is licensed under a Creative Commons Attribution-NonCommercial-ShareAlike 4.0 International License, except where otherwise noted.