My name is Lexi, and I am a fourth year student at the University of Washington double majoring in Photo Media and Engineering.

I have always loved making things, and my study of art has been mostly structured around my schooling; growing up, art class was my favorite subject. In kindergarten I remember drawing a picture of myself as an artist in the response to the prompt, “What do you want to be when you grow up?” My art teacher from 1st through 8th grade, a very sweet older woman who played James Taylor’s In the Pocket album during every class, encouraged me to create whatever I wanted and to put effort and purpose into what I was making.

When I got to high school, however, I had much more freedom to organize my schedule myself, and I prioritized finishing calculus and taking AP’s above any type of art class. I stopped seeing my love of making things as a part of who I was, and I focused on my grades and schoolwork.

The history of my making process began in earnest when I was in high school. I had taken a general drawing and painting class my freshman year and enjoyed it, but it was not something that immediately grabbed my interest. I decided to take a photography class my senior year just to finish my required art credits. I was lucky enough to go to a school equipped with a fully functioning dark room, and the photography class was entirely based in black and white film. I got to borrow a camera from my school and some film.

At first I was confused what to document or how to do it. Initially, the limitation of working with film made me feel like nothing was important enough to spend a shot on. It felt like every picture I took had already been taken by someone else in a more technically masterful way. I sought out help from my teacher who gave me advice that I still think back on when making photos. He said something to the effect of, “Don’t worry about being original, just shoot what’s interesting to you.” This advice gave me the permission I thought I needed to take cliché and technically imperfect images that were a “waste” of film. 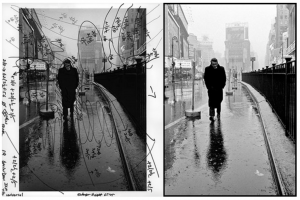 The image above, taken by Dennis Stock and developed by Pablo Inirio, had a direct impact on the formation of my making process. I realized that if I planned ahead I would end up with much better final images. I also realized that even if an image wasn’t exactly how I wanted it to look when I shot it, I could always manipulate it and turn it into something else. I began to draw out 24 roughly uniform boxes on a sheet of scrap paper and fill them with tiny sketches of images I wanted to create. Then, I would do my best to shoot each image I had sketched out, but I wouldn’t limit myself to just those ideas. I would shoot what was interesting to me. 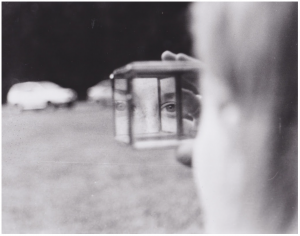 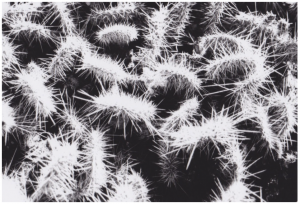 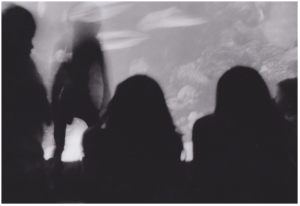 After that, I only wanted to work on photography. I would stay after school until after dark when they were closing the building, developing negatives and printing them in our darkroom, and I would get to school early to print a few more things before my classes started. At this point I wasn’t just making images for class. I was looking at photos from other artists – made digitally – and wondering if I would be able to make my own version using film. I was looking up videos and articles about old darkroom techniques and the art of dodging and burning. I hand-printed hundreds of images over the course of my senior year fall, and at the end of the semester I decided I wanted to double major in art and engineering.

Influences and Past Work

Because the main goal of my art has been simply to shoot what interests me, themes naturally started to emerge in my work. My interests in the natural world and the impacts of humans on this world were built based on what I was seeing in the work of other artists, starting with the first known photograph. 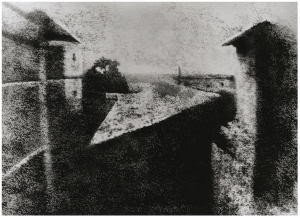 Niépce, Nicéphore. View from the Window at Le Gras.

From the beginning cameras were simply recording a response to light. Optics and technology were used to capture the first photo: a landscape. I found this significant because Nicéphore could have recorded anything, but chose a landscape. This validated my natural inclination to record landscapes as some of the first images I made. 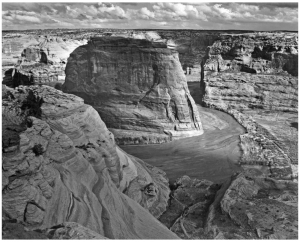 I became interested in Ansel Adam’s work because he went a step further, recording landscapes for the purpose of preserving them. His images helped me realize how photography can be used as a tool as well as a way to document beauty in the natural world. 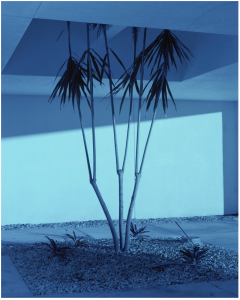 Gilliland, Carson. I Need Some Rest.

Modern artists like Carson Gilliland capture another aspect of what interests me: the impacts of humans on our landscapes. The landscapes that Ansel Adams shot aren’t the same as they are today; they have been changed and impacted by humans, and recorded again and again. 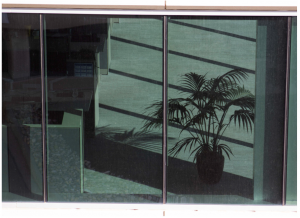 I use collage and landscapes to convey ideas of duality and the passage of time. I like pairing images together and seeing how that changes the message of the image as a whole. The viewer can choose to compare subjects to one another, or they can be thought of as one subject combined in the image.

The “sacred” part of my art making process is driving to a location where I want to shoot. I like to drive to places I’ve heard of, places I’ve been before, or places I have visited without my camera and wanted to go back to.

The trip to these places is always beautiful, and I listen to some music or a podcast in my car. I think about what shots I want to get if there are any I’m specifically planning, and I think about what unexpected shots I could get. I have full control over my car, what I’m listening to, the temperature. I don’t have to ask anyone if they’re comfortable or ask them to wait while I get the right shot. I can take my time driving and pull over if I see something I want to shoot. The following work reflects this process.

Art and nature are very closely related, but art is a creation by humans while nature is the “original”. However, we as humans are part of nature, making art and nature inseparable. Nature is something permanent and constant but humans are not. Nature existed before we did, and it will continue to exist after humans are gone. 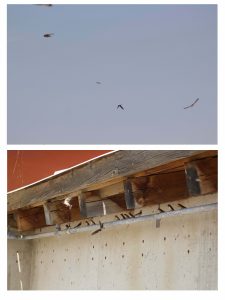 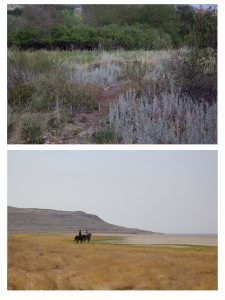 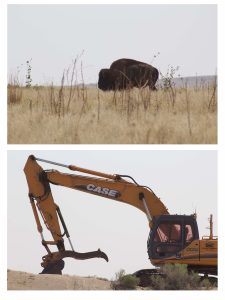 Aristotle proposed that art involving nature is made so we can see nature in a different way; “art is the missing voice of what nature lacks to speak”.

Lexi Maerz by Timea Tihanyi is licensed under a Creative Commons Attribution-NonCommercial-NoDerivatives 4.0 International License, except where otherwise noted.